The site is currently in test mode 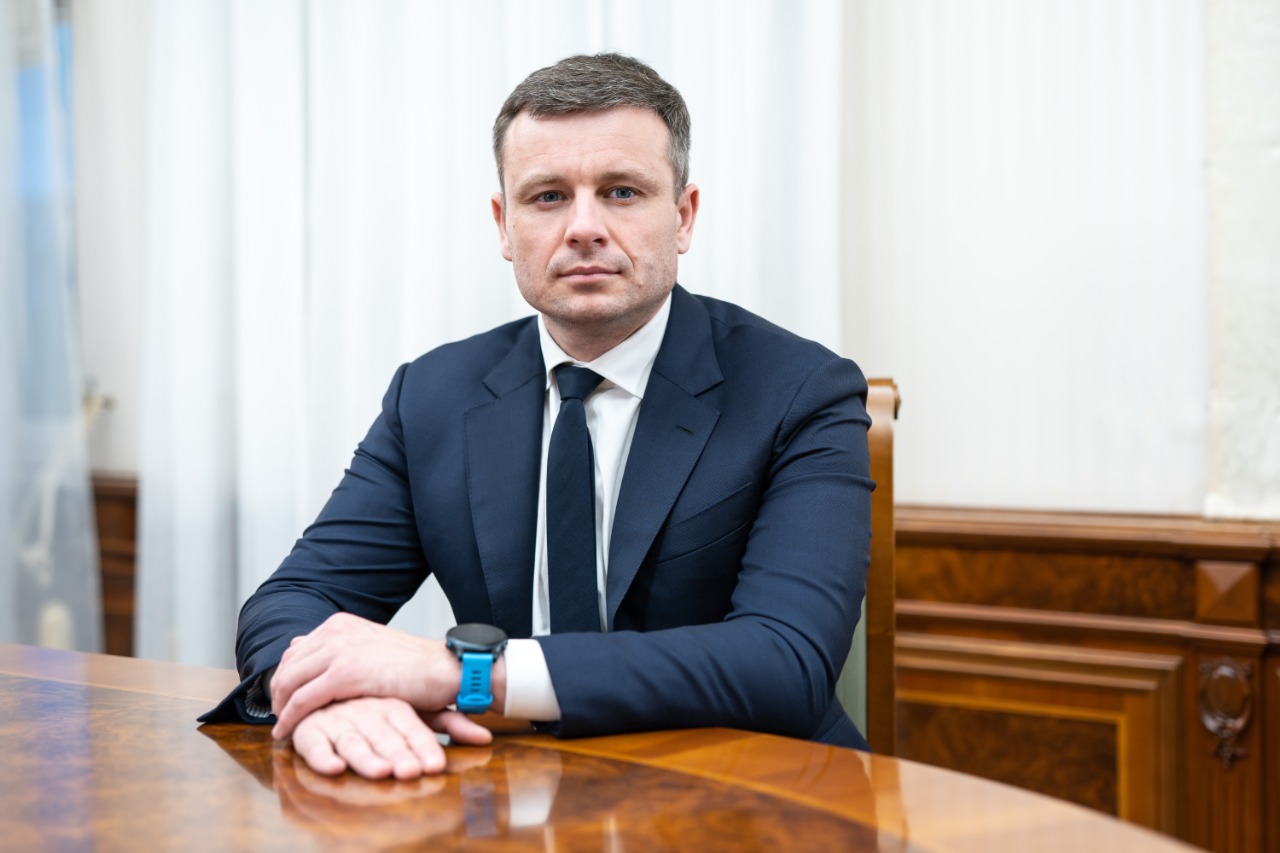 Sergii Marchenko graduated from the Academy of State Fiscal Tax Service of Ukraine in 2002. During his studies Mr. Marchenko received Presidential Scholarship and achieved Master's Degree in Public Finance Management. Later on, he conducted research at the Scientific and Research Financial Institute of the Ministry of Finance and thus, in 2009, received PhD in Economics.

Starting from 2002 Mr. Marchenko worked on several positions in the Ministry of Finance, State Fiscal Service, Finance and Banking Committee and Cabinet of Ministers Secretariat.

In 2011 Mr. Marchenko began his work at the Presidential Coordination Center of Reforms Implementation. He participated in Budget Code development. The Code was adopted in 2014. This Code is important particularly because of fiscal decentralization reform. Mr. Marchenko coordinated the preparation of a package of legislative bills aimed at changing the budgeting and improvement of autonomy of healthcare institutions.

Mr. Marchenko also worked as an expert of Bendukidze Free Market Center and as academical director of the joint KSE and GIZ program «Leadership in Public Finance» in years 2015-2016.

During 2016-2018 Mr. Marchenko worked as Deputy Minister of Finance. Later, until May 2019 he worked as a Deputy Head of Administration of the President of Ukraine.

Appointed Minister of Finance on the 30th of March 2020.

Sergii Marchenko chairs the Boards of Governors of the World Bank and the International Monetary Fund in 2023. 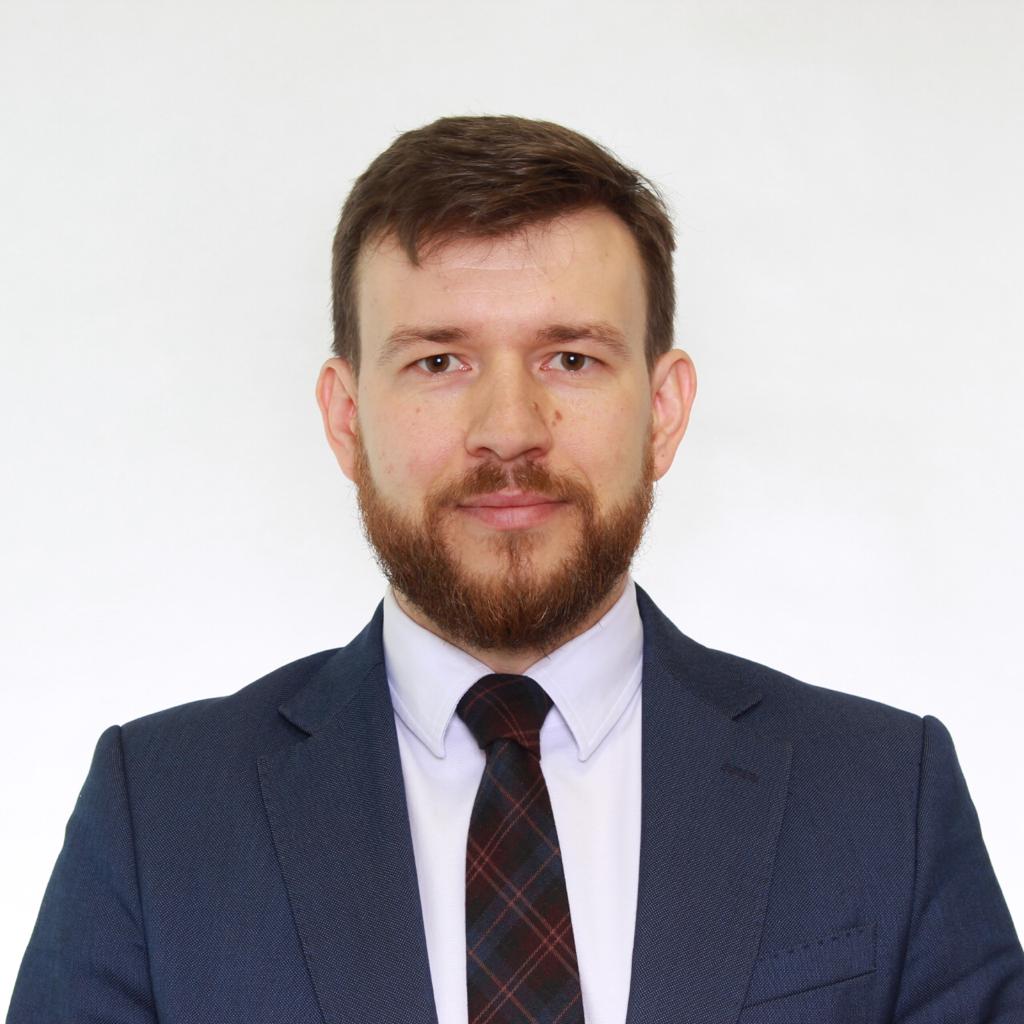 Denys Uliutin received his Master of Finance Degree at the National Academy of the State Tax Service in 2004.

Mr. Uliutin has more than 20 years of work experience and third rank of a civil servant.

From March 2010 to April 2016, he worked at the Secretariat of the Prime Minister of Ukraine.

From April 2019 Denys Uliutin held the post of Deputy State secretary of the Cabinet of Ministers of Ukraine Secretariat.

Appointed First Deputy Minister of Finance on the 4th of April 2020. 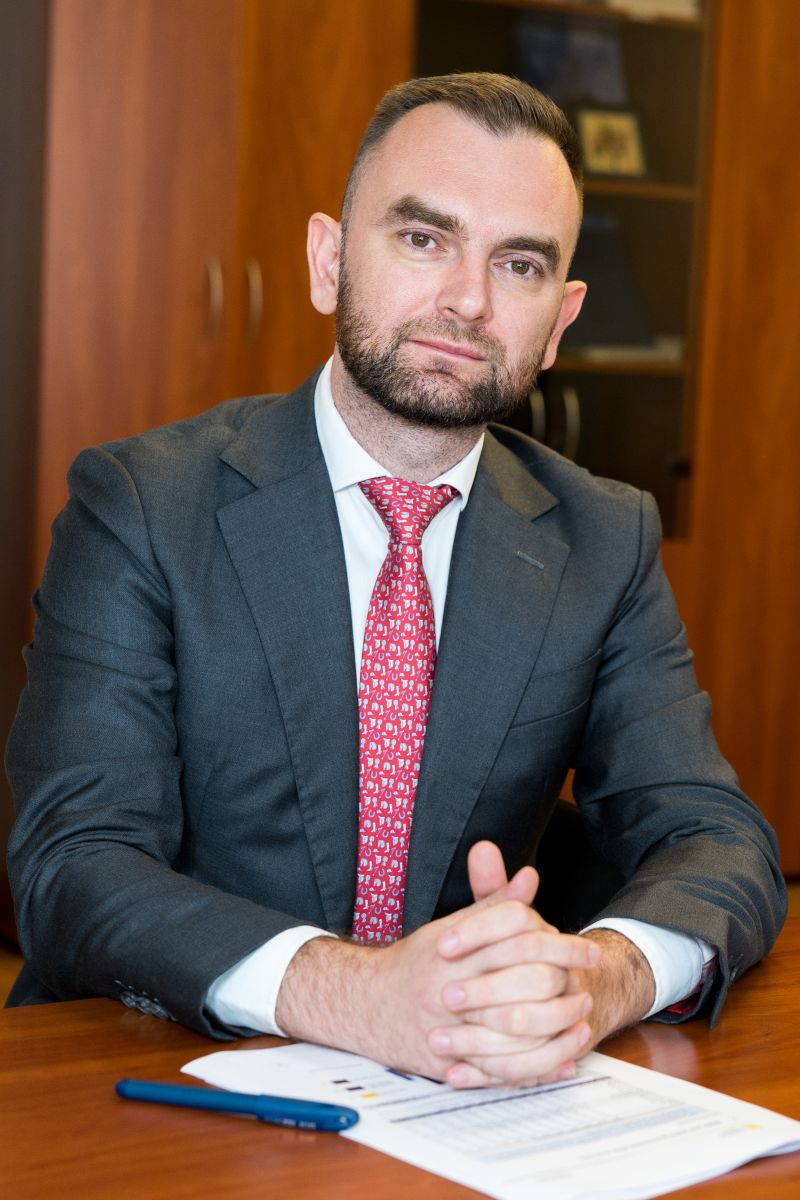 Yuriy Butsa studied economics at the National University “ Kyiv Mohyla Academy” where he obtained his bachelor's degree (2005) as well as at the Central-European University in Budapest where he received his master's degree in 2008.

Having finished his studies at Kyiv Mohyla Academy, Mr. Butsa started to work at the State Commission for Securities and Stock Market.

After his return from Hungary in 2008 he was appointed as the deputy head of the representative office of the Warsaw Stock Exchange where he was in charge of attracting capital for Ukrainian companies.

In 2010, Yuriy Butsa joined the Coordination Center for Economic Reforms where he was involved in the elaboration of legislation aimed to reform the Ukrainian financial sector, in particular, improving corporate governance at joint-stock companies, introducing new instruments on the financial market as well as improving the operations of the banking sector and to improve the business climate.

In 2015, Yuriy Butsa was appointed as a Commissioner in National Securities and Stock Market Commission. His area of responsibility included corporate governance and finance, implementation of EU capital markets directives in the Ukrainian legislation as well as the improvement of stock market instruments.

On May 5, 2016, Yuriy Butsa was appointed as the Deputy Minister of Finance for European Integration, where his portfolio included IFI cooperation, state-owned banks management as well as public debt management.

On July 26, 2018, Yuriy Butsa was appointed to the position of Government Commissioner for Public Debt Management.

On June 19, 2019, Mr. Butsa was appointed as a Member of the Supervisory Board of Ukreximbank as a representative of the state. Yuriy Butsa had received the award in the category " Most Impressive Funding Official" in GlobalCapital Bond Awards in consecutive years in 2020 and 2021.

On June 22, 2022, Yuriy Butsa was recognized as the Most Impressive CEE Funding Official by GlobalCapital's Bond Awards 2022. 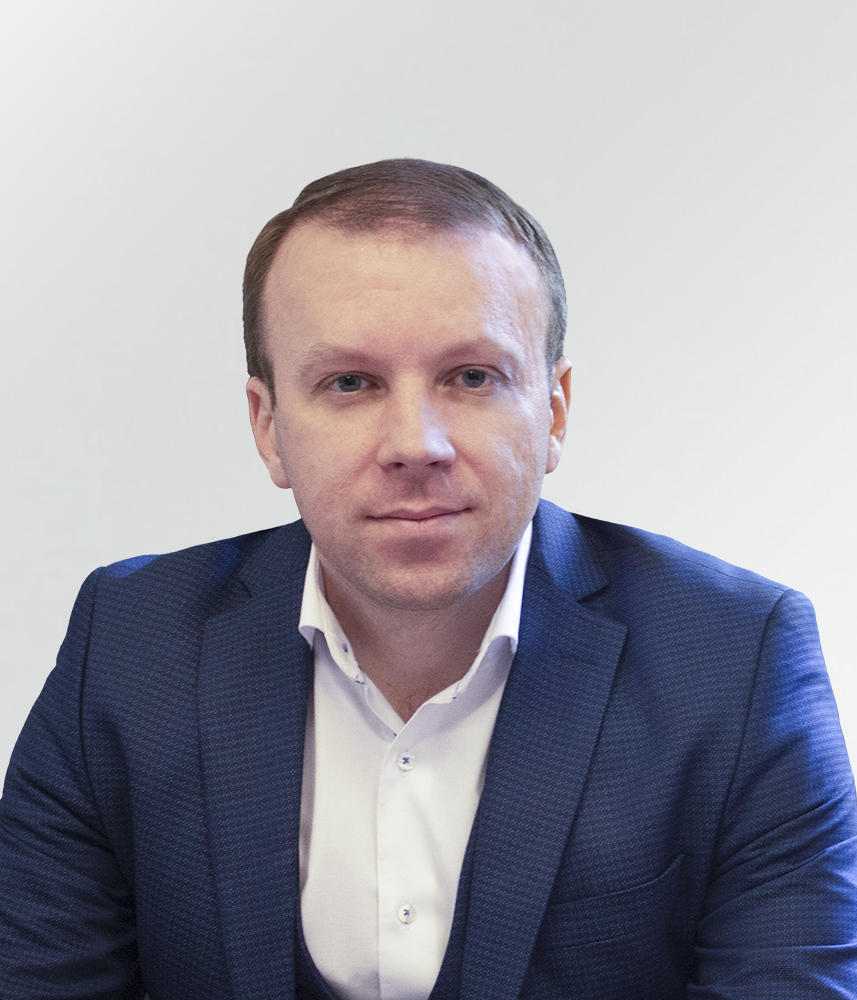 Roman Yermolychev studied at the Cherkasy Engineering and Technology Institute. He graduated in 2000 with a major in Economics and Finance. He received his Master's Degree in civil service in 2004 after graduating from the Kyiv National Economic University.

In 2000 he started working at the Ministry of Finance as an economist of the first category.

Since 2016 Mr. Yermolychev held the position of the Director of the Humanitarian Budget Expenditure Department of the Ministry of Finance.

Awarded with several Certificates of Gratitude from the Ministry of Finance.

Appointed Deputy Minister of Finance on the 2nd of April, 2020. 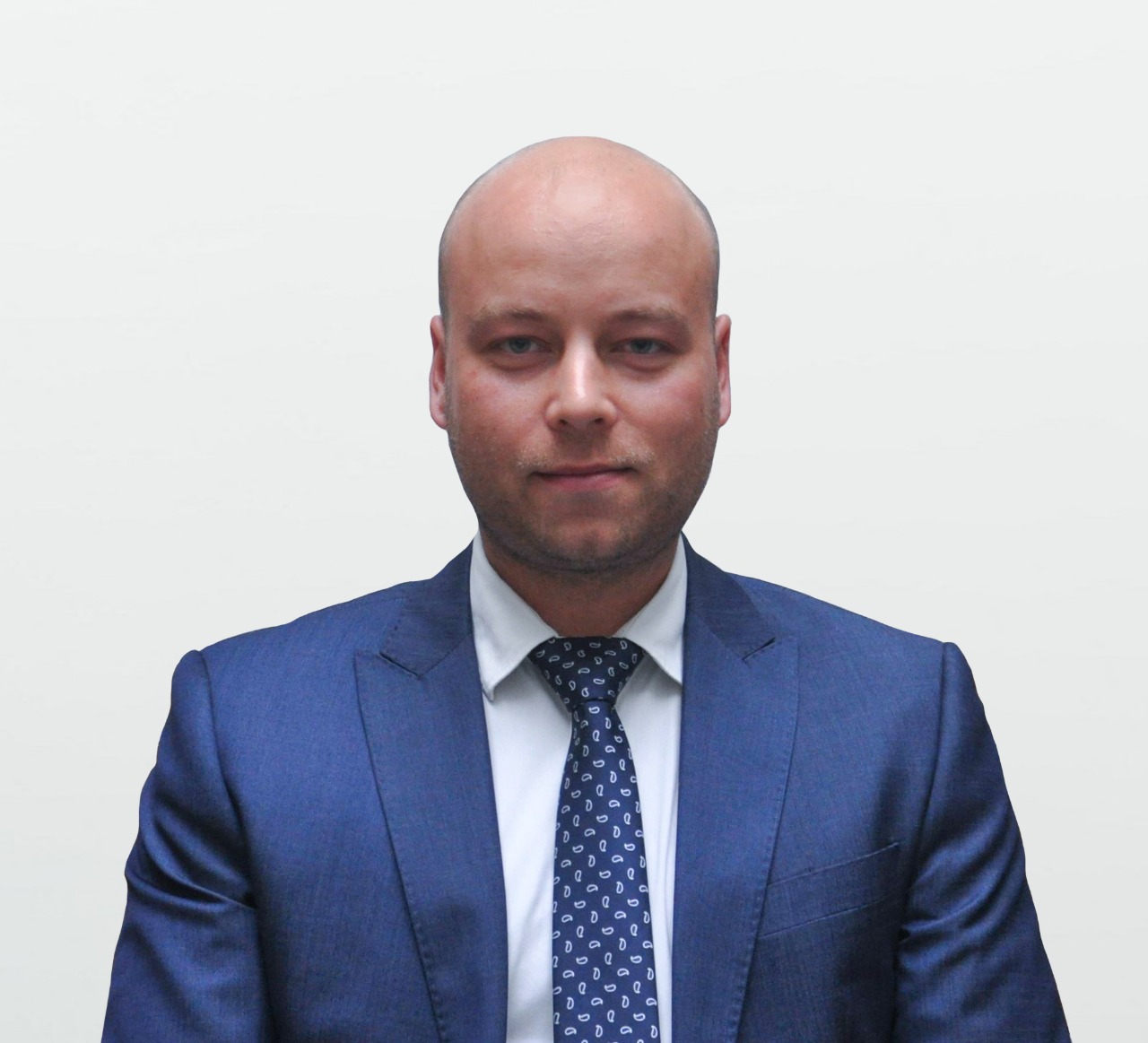 DEPUTY MINISTER OF FINANCE OF UKRAINE FOR EUROPEAN INTEGRATION

Mr. Draganchuk has more than 15 years of work experience. He started his career as a leading legal adviser at JSC «Ukrgazvydobuvannia».

In 2015-2016 Yuriy Draganchuk held the position of Advisor to the Minister of Ecology and Natural Resources on a public basis. After that, he held a similar position at the Ministry of Finance of Ukraine for two years.

From April till September 2018 Draganchuk worked as an independent member of the Supervisory Board of JSB «Ukrgasbank». Since November 2018 he has been a partner in Y4 Ukraine investment consulting company.

Appointed Deputy Minister of Finance for European Integration on August 12, 2020. 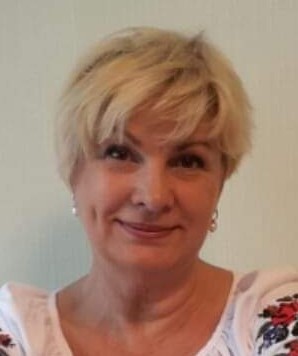 Svitlana Vorobei was appointed Deputy Minister of Finance on the 25th of March 2020.

Svitlana Vorobei has more than 19 years of state service experience. During 1999-2010 she went a career path from a position of a state tax inspector to the role of director of Department of Monitoring of Payment Administration at the Ministry of Finance. In 2014-2015 she led the Information Exchange and Analysis Management Office in the Ministry.

Ms Vorobei has several awards, including the Official Letter of Gratitude issued by the Prime-Minister of Ukraine (2009). 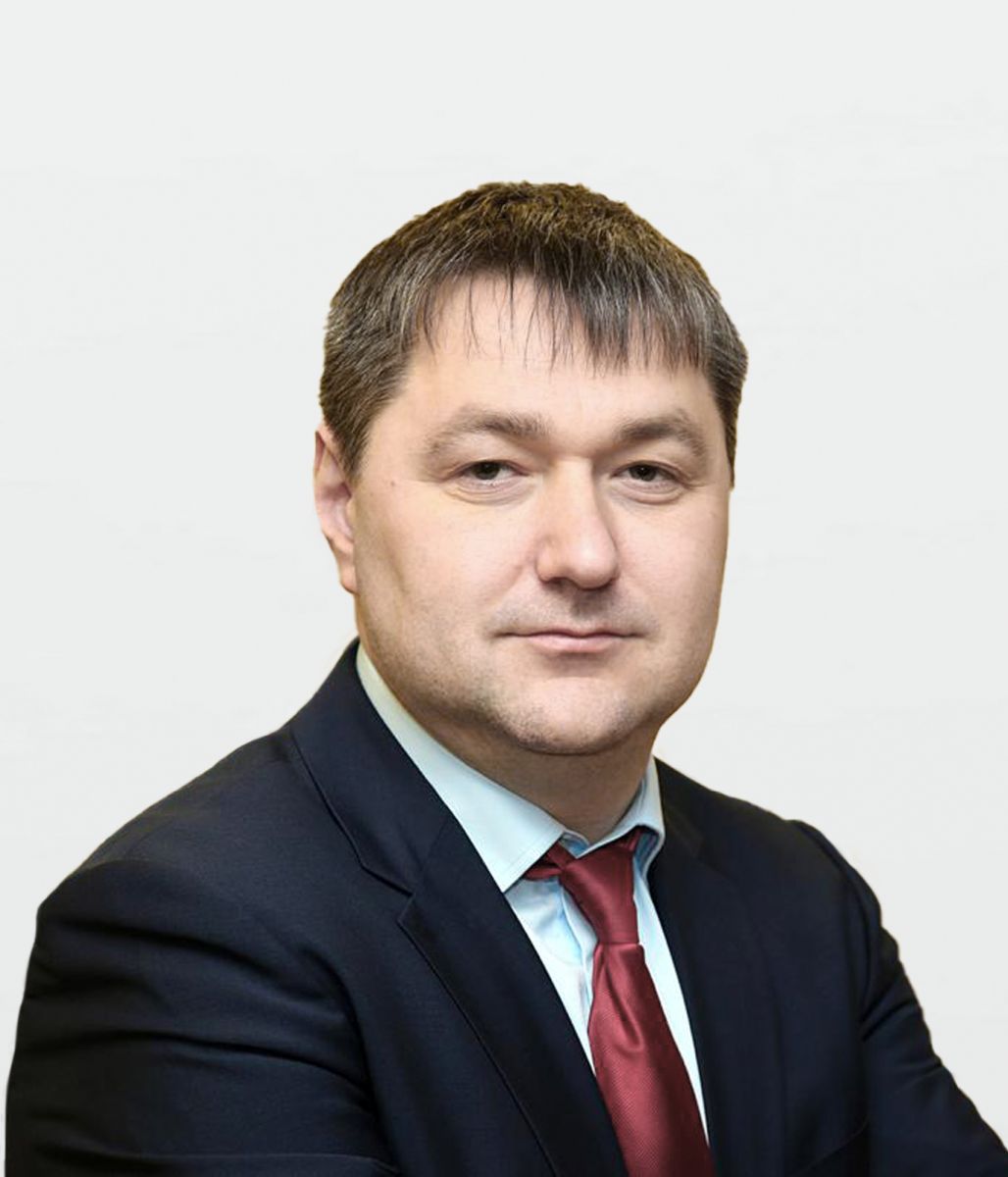 Alexander Kava graduated from the University of Kyiv Mohyla Academy with international relations and economics diplomas.

Alexander had internship in the Office of MP in the House of Commons of Canada, the lower chamber of the bicameral Parliament of Canada.

Additionally, he studied at the John F. Kennedy School of Government at Harvard University (USA) and the State School of Public Administration (Poland).

Alexander later worked Director at UBS Investment Bank AG (Switzerland) between 2006 and 2008 on a range of issues from IPOs and M&As to improvement of investor environment in Ukraine and other European and Asian countries.

Alexander was the coordinator of transport sector reforming in the Economic Reforms Coordination Center mandated by the President of Ukraine.

He was previously Deputy Minister of Infrastructure from 2014 to 2015.

Since 2015 he has headed transport department in the Better Regulation Delivery Office (BRDO).

He served as Chairman of the EBRD Reform Support Office in the State Road and Highway Agency of Ukraine from 2018 to 2020.

On August 12, 2020, Alexander Kava was appointed Deputy Minister of Finance of Ukraine. 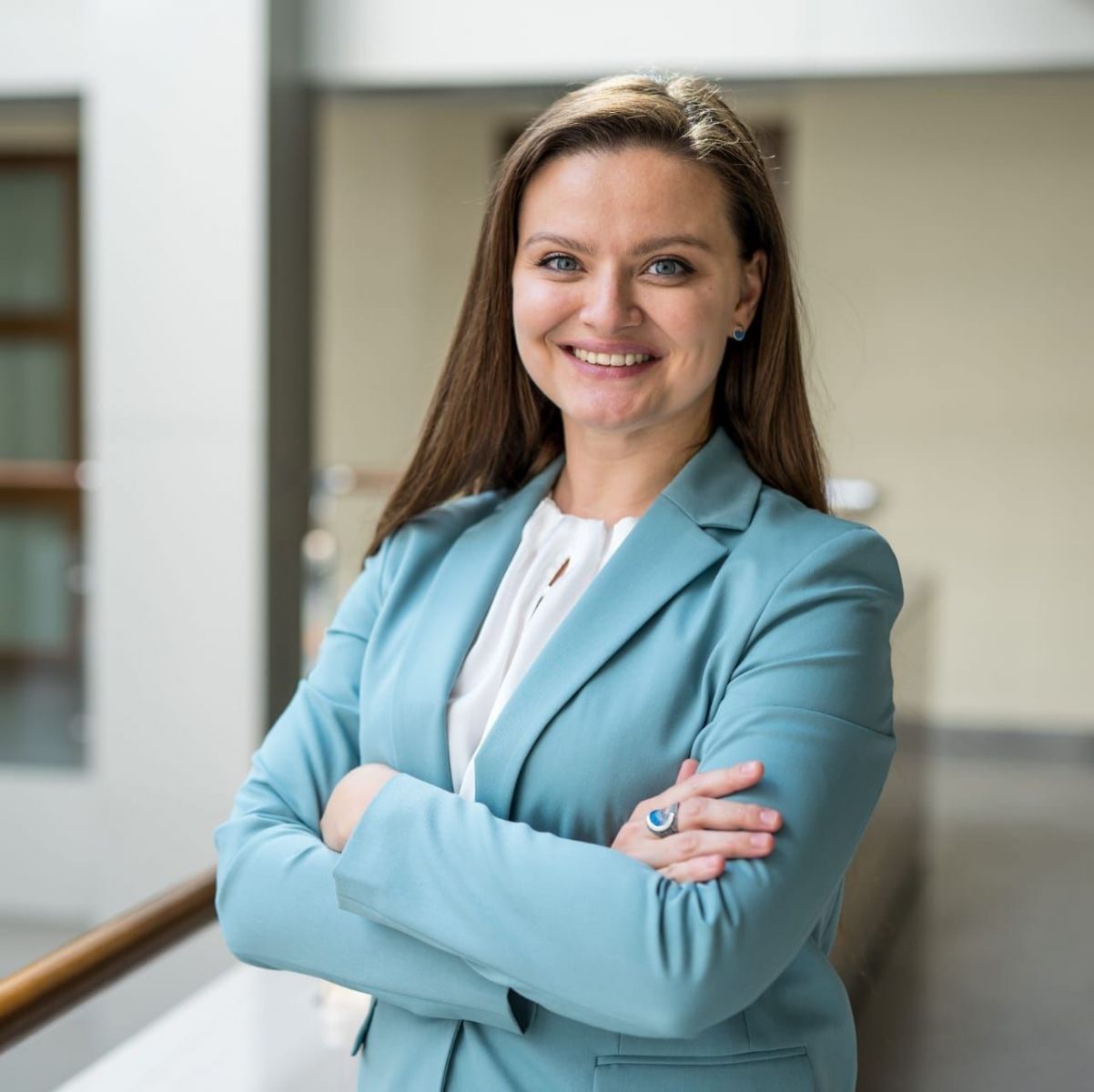 DEPUTY MINISTER OF FINANCE OF UKRAINE

In 2012 Olga Zykova graduated with honours from the Institute of International Relations of Taras Shevchenko National University of Kyiv, majoring in International Economic Relations.

In 2016, she received PhD in Economics, majoring in Global Economy and International Economic Relations.

In 2019, Olga completed a fellowship at the Center for European Policy Analysis (СЕРА) in Washington D.C., under the James S. Denton Transatlantic Fellowship.

In 2015-2016, she worked as an Advisor to the Deputy Minister of Finance of Ukraine for European integration. In 2016 she held the position of Advisor to the First Deputy Minister of Finance of Ukraine. At the same time, Olga Zykova worked as a senior lecturer in the Institute of International Relations of Taras Shevchenko National University of Kyiv and Open International University of Human Development “Ukraine”.

During 2018-2019 she was an Advisor on International Affairs at the state institution UkraineInvest and Advisor at the Patronage Service of the Ministry of Finance of Ukraine.

From February 2019 to May 2022, she held the position of the Head of Department on International Relations and Analytics at the Ministry of Finance of Ukraine.

In 2020 she was awarded the Stare Honorary Letter of Gratitude by the Prime Minister of Ukraine.

On May 24, 2022, Olga Zykova was appointed Deputy Minister of Finance of Ukraine. She is responsible for the development and implementation of the state policy in the area of cooperation with foreign governments and international financial organizations. 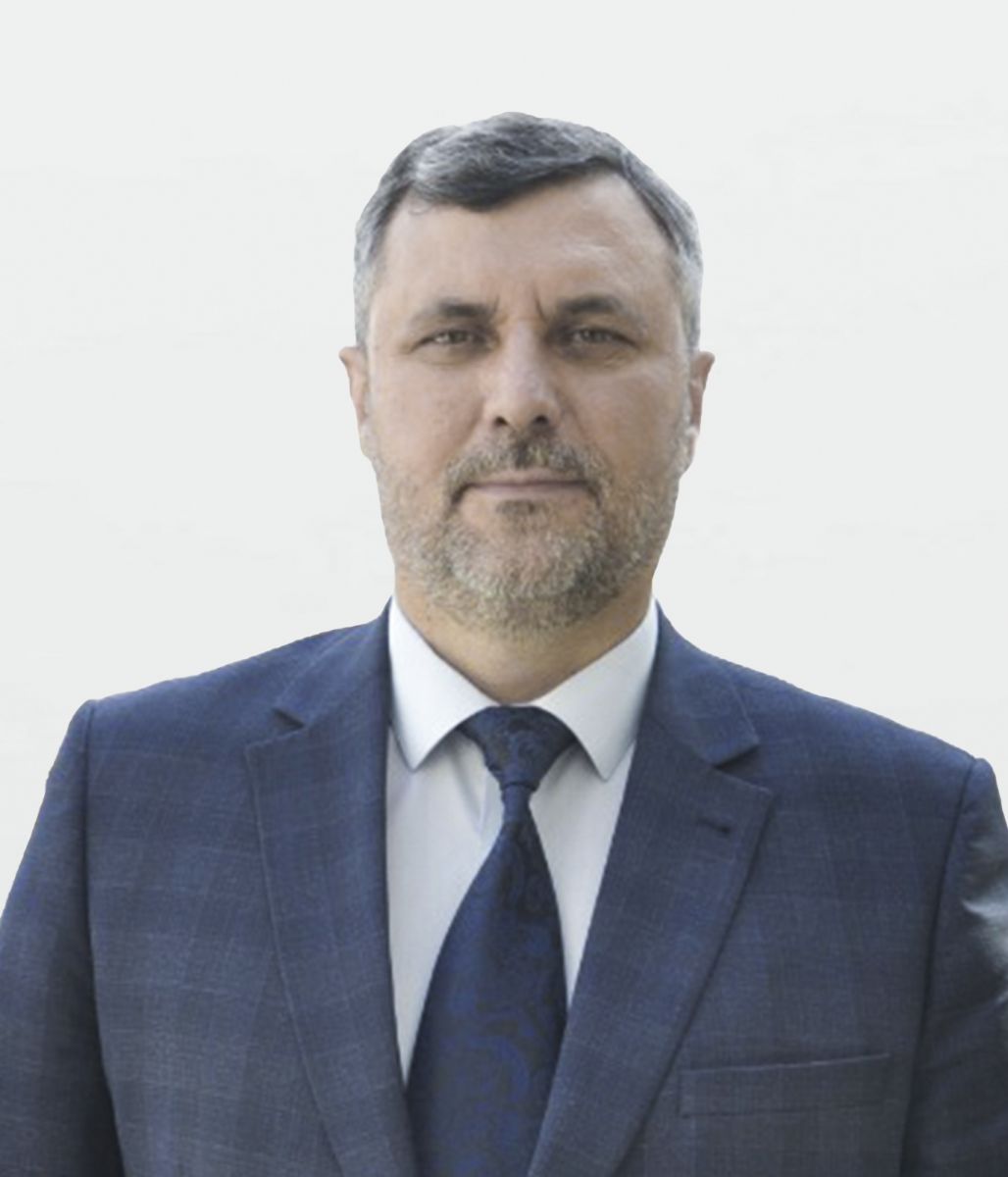 DEPUTY MINISTER OF FINANCE OF UKRAINE FOR DIGITAL DEVELOPMENT, DIGITAL TRANSFORMATIONS AND DIGITALIZATION

He has more than 20 years of work experience and second rank of a civil servant.

In 1997 he started working in the Department of the State Treasury Service of Ukraine in Khmelnytsky region.

In 2011-2015 Oleksandr Hrubiian held the position of Deputy Director, and later Director of the Department of Information Technology, Corporate Telecommunications and Information Protection of the State Treasury Service of Ukraine.

From 2015 to 2020 he worked as Deputy Head of the State Treasury Service of Ukraine.

On September 8, 2020, Oleksandr Hrubiian was appointed Deputy Minister of Finance of Ukraine for Digital Development, Digital Transformations and Digitalization.

DMYTRO SAMONENKO - STATE SECRETARY OF THE MINISTRY OF FINANCE 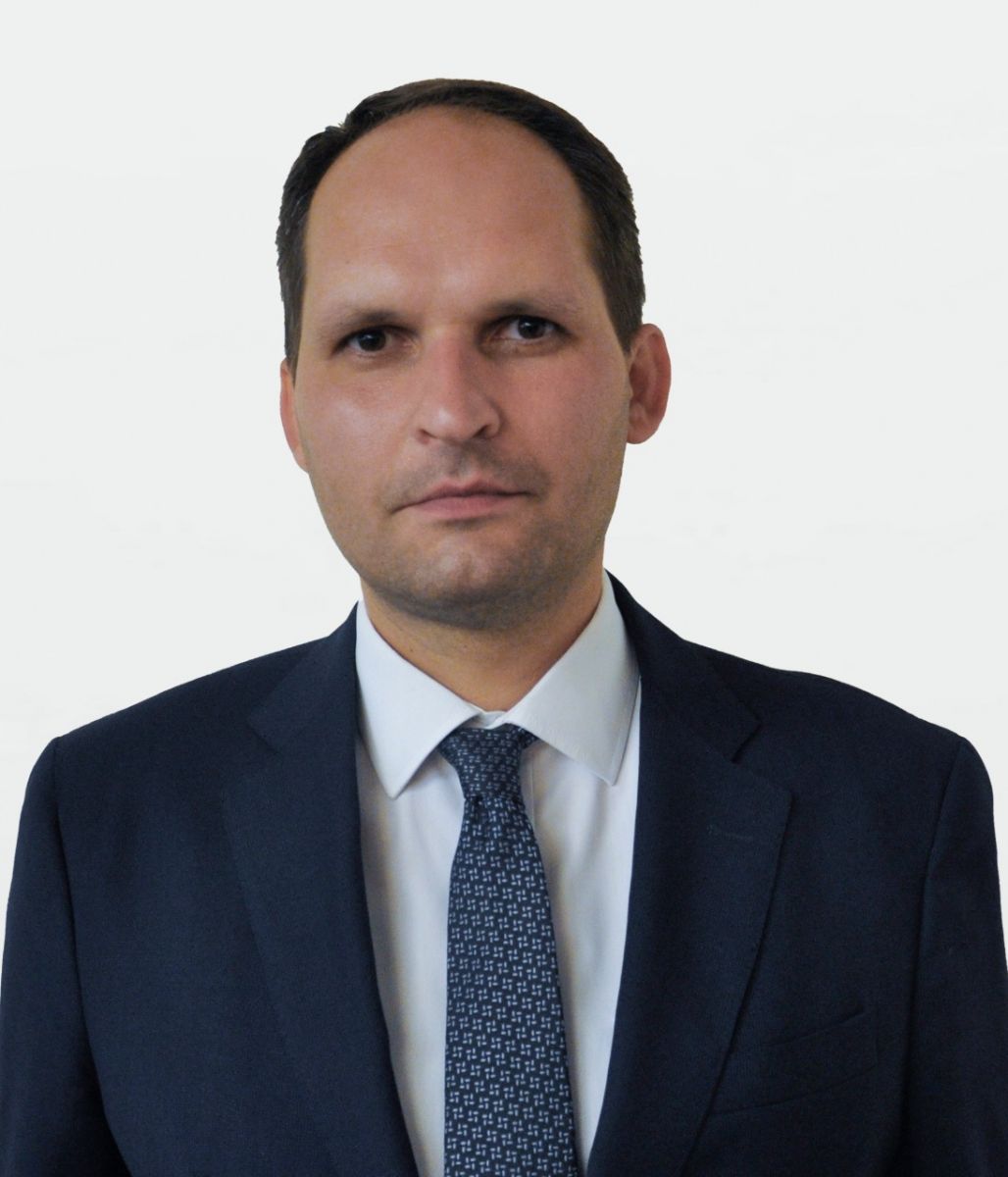 STATE SECRETARY OF THE MINISTRY OF FINANCE

From 2005 to 2007 he worked as a leading specialist and chief specialist in the Ministry of Family, Youth and Sports of Ukraine.

From 2015 to 2019, he held the position of Head of the Service of the Vice Prime Minister of Ukraine - Minister of Regional Development, Construction and Housing and Communal Services of Ukraine.

On August 3, 2020, he was appointed as State Secretary of the Ministry of Finance of Ukraine.

To complete the subscription, you need to go by the link from the letter that was sent to the specified email